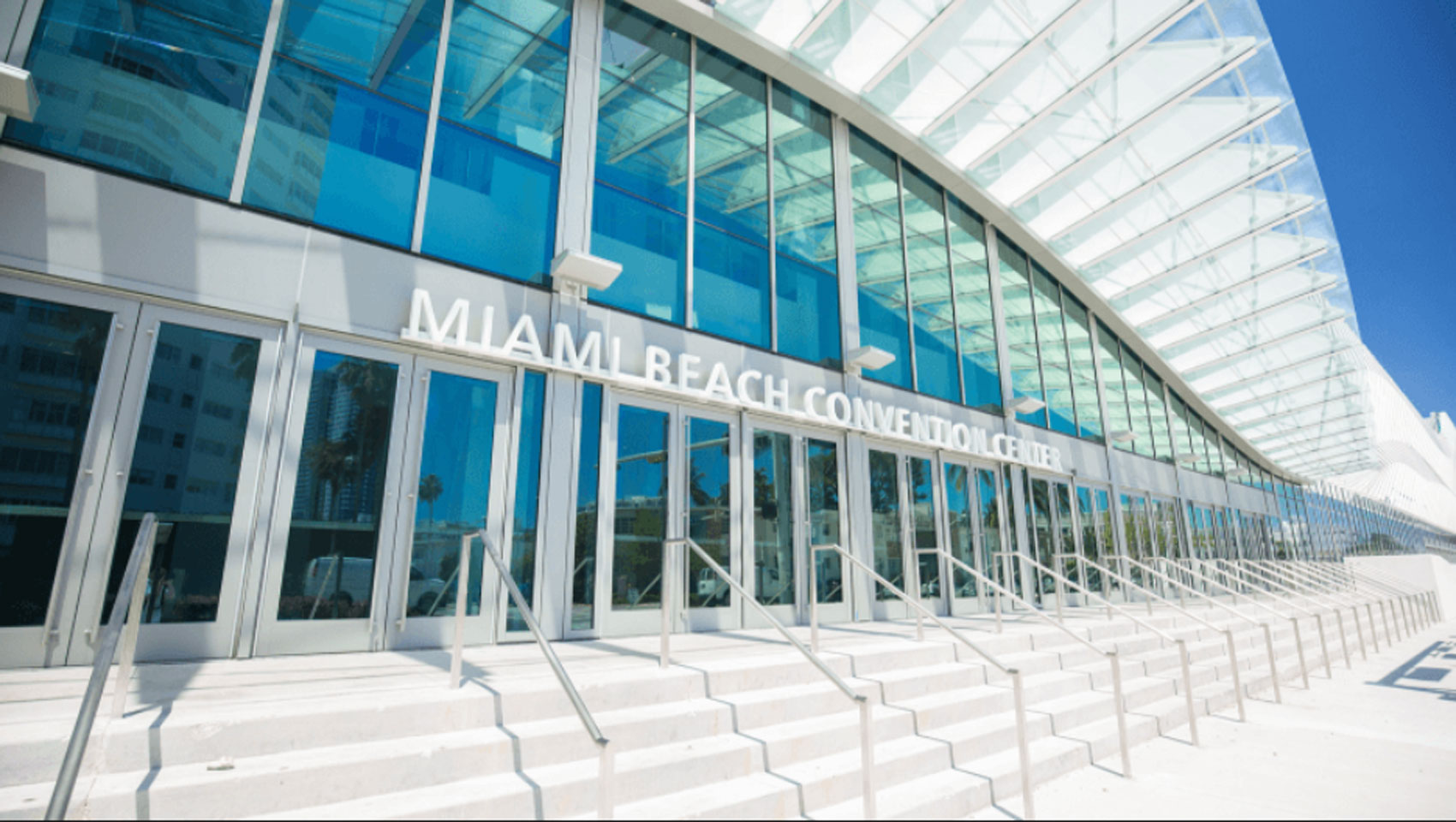 Roam on over to your meeting

It's no wonder the world's industries and business travelers gather at the Miami Beach Convention Center. After all, this state-of-the-art multipurpose complex is located in the heart of South Beach, with its enviable climate, cosmopolitan energy and infinite nightlife. And it's no wonder Kimpton Palomar is the hotel of choice for many attendees—we're just a stroll away.

Spanning four city blocks in the heart of South Beach, the Miami Beach Convention Center was the spot where Cassius Clay (later known as Muhammed Ali) beat Sonny Liston for his first Heavyweight Championship of the World in 1964. Since then, the complex has been completed renovated and hosts every kind of convention you can imagine, from the Jewelers International Showcase to the South Florida International Auto Show and the world-famous Art Basel Miami Beach.

With our convenient location in City Center, Kimpton Hotel Palomar South Beach places you near endless possibilities for entertainment and exploration in the greater Miami's center region of Brickell, Bayfront Park, the Historic District, Arts & Entertainment District, and more.